La Jolla Vein Care is proud to announce that Dr. Bunke is a finalist for San Diego Magazine’s 2018 Celebrating Women issue and event.

Along with Dr. Bunke, La Jolla Vein Care features a staff of 10 dedicated and motivated women!

Read the full story on the SDVoyager site LJVC’s Dr. Nisha Bunke has been featured on the cover of San Diego Woman Magazine’s Health, Wellness and Beauty Issue! Dr. Bunke was previously featured in the SD Woman Magazine as a ‘Woman of Distinction’. 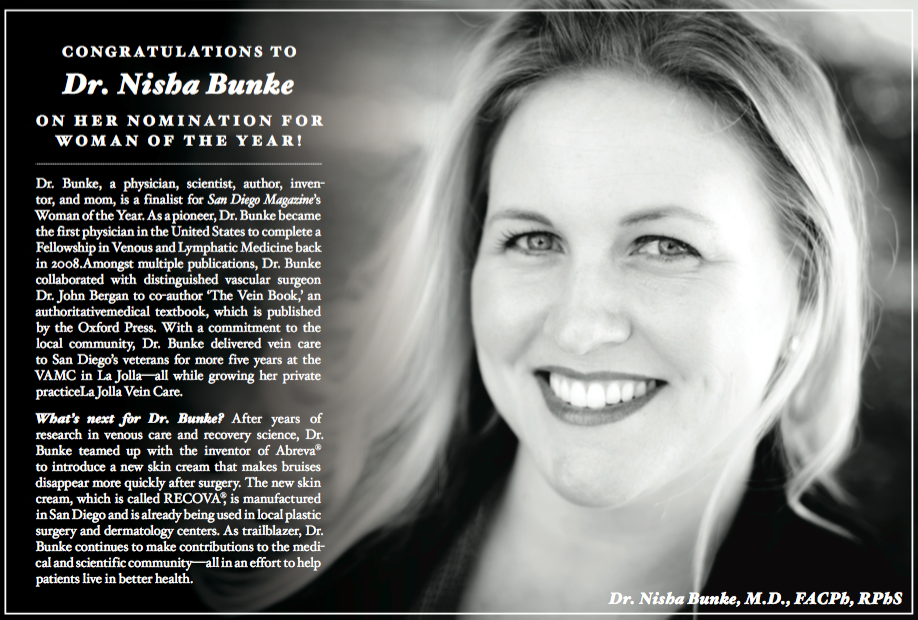 Dr. Bunke is a Finalist for San Diego Magazine 2016 “woman of the Year” Award

Dr. Nisha Bunke as Finalist for ‘Woman of the Year’ 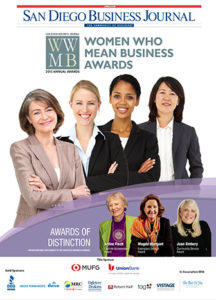 Dr. Bunke of La Jolla Vein Care  was selected as a finalist for the San Diego Business Journal’s  “Women Who Mean Business” Award for 2015 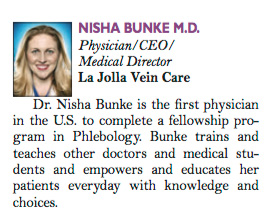 In the September 9, 2014 issue of the Union Tribune San Diego, journalist Erinn Nutkin discusses the advances in varicose vein treatments with Dr. Bunke in her article in the Health Section, titled, ‘New Procedure For Treating Varicose Veins Less Invasive.

In 1985, I became the fifth Dr. Fronek. The medical background of each member of my husband’s family provided an amusing backdrop for many dinner table conversations. While most families might be concerned with the cholesterol content of a food, our conversations centered around whether certain shellfish had higher or lower amounts of sphingomyelins.